Departments
Add  Cancel
Find all products for your:  Go

Five reasons to love, or hate, the culture of American cars 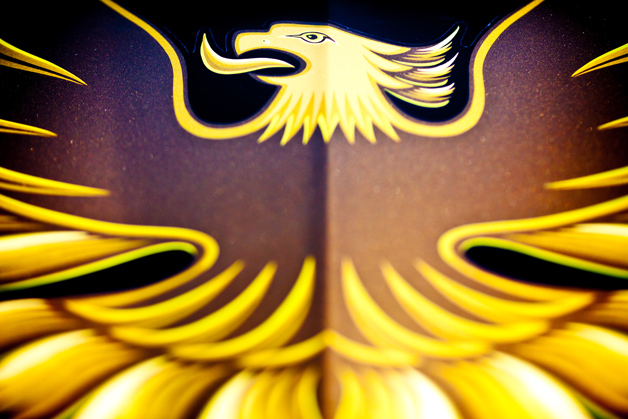 As enthusiasts, we love cars from all parts of the world. Whether they be supercars from Italy, luxury sedans from Germany or tiny urban runabouts from Japan, as long as they're interesting and well-designed for their intended purpose, we're location-agnostic when it comes to picking favorites.

Considering that the vast majority of your humble staffers from Autoblog hail from and call the United States home, it's only natural that some of us have a few hometown heroes with which we fill our fantasies. And it's not like American automakers haven't left a thorough swath of vehicles for us to swoon over – while the automobile wasn't exactly invented in the US, it was certainly popularized here, and, while we can probably find just as many flops as hits, the annals of automotive history are filled with plenty of examples of excellence rolling out of Detroit.

Here are a few reasons for automotive enthusiasts to love America.
The V8 engine

Nobody is going to argue that America has sole ownership of the V8 engine, as many a German marque and several Japanese and Italian brands have built some totally epic V8 engines that we know and love. That said, only in the United States has the V8 become absolutely synonymous with the automobile. We give them catchy names, like Flathead, Hemi, Rocket, Rat and Mouse; pop stars sing songs about them and everyone at the local car show sings along; we showcase what's underhood with scoops and emblems that proudly display displacement, power levels and high-end option packages.

And, of course, we argue for hours on end over which one is the best.

As the American automotive landscape has and will continue to attest, American consumers love big, rumbling, powerful V8 engines, and for every new requirement our political leaders invent, a matching new technology will be created to keep our V8 engines loping smoothly along. 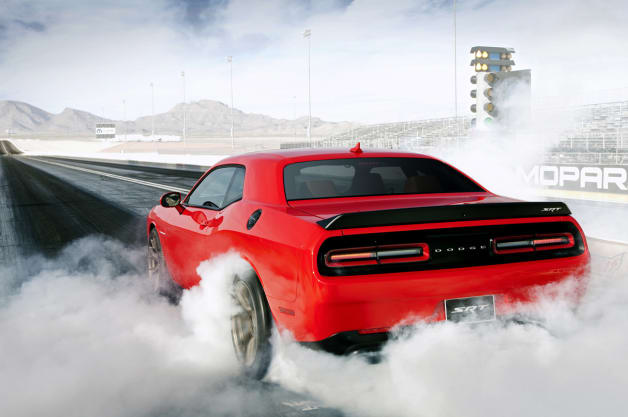 None of the Autoblog editorial staff is old enough to know what it was like to grow up in the age of tailfins or muscle cars (at least not the original age of muscle cars from 1964-1974 or so). But that doesn't mean we don't recognize the significance of a 1957 Chevy, 1959 Cadillac, 1969 Pontiac GTO Judge or 1970 Plymouth Superbird. Outlandish? Absolutely. Glorious? You betcha.

Of course, even as power levels dropped in the days of oil embargoes, unleaded fuel and lowered compression ratios, the uniquely American sense of style never faded away. Proof of such can be seen in the black-and-gold Pontiac Trans Am coupes, complete with T-tops, that graced our driveways and movie screens, our wood-sided (even if it was actually vinyl) Jeep Grand Wagoneers or our bold and blocky Chrysler 300 sedans.

Today, certain uniquely American styling trends can be easily spotted, if you know where to look. Massive, upright chrome grilles, 22-inch chrome wheels, spoilers and graphics packages are still available in our domestic dealerships, as are edgy designs that may not age terribly well to the eyes of anyone who isn't looking back on their younger days through rosy-hued glasses. Something tells us the flashy, uninhibited sense of style American brands have historically shown won't be going anywhere anytime soon. 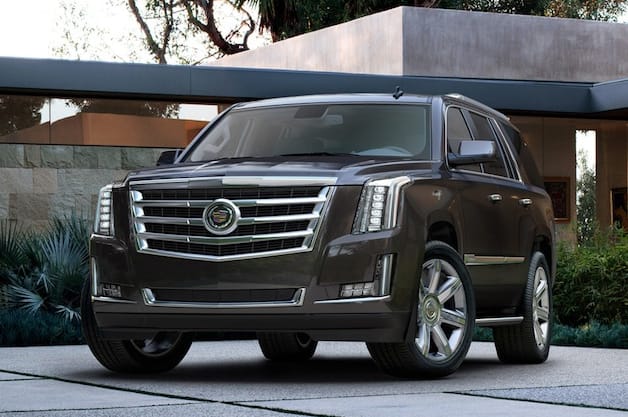 Americans like big, powerful V8 engines, and they like them wrapped in outlandish sheetmetal. It's not a universal truth, exactly, but it's historically accurate, as we've so far established. But we also like our cars attainable. In other words, attractively priced so that the average working-class American can actually hope to drive one.

To be sure, the United States has produced its fair share of expensive automobiles – Duesenberg immediately springs to mind – but, by and large, America is known for producing lower-priced alternatives to benchmark cars from other parts of the world. On racetracks around the globe, it's not uncommon to see nameplates like Mustang and Camaro sharing space with much more expensive machinery from European automakers... and winning.

Size, too, is something for which American automakers have become well known. Take, for instance, the largest passenger sedan models sold by Audi, BMW and Mercedes, and compare them with the interior capacities of the typical American fullsize car. Now, compare their prices. And we can't fail to mention massive SUVs like the Lincoln Navigator and Chevy Suburban, which are so big in large part because they are based on the massive fullsize pickup trucks that continue to stand firm as the best-selling vehicles in America.

Still, we most associate American attainability with great amounts of power and speed without a commensurately large outlay of cash. And we hope it stays that way for a long time to come. 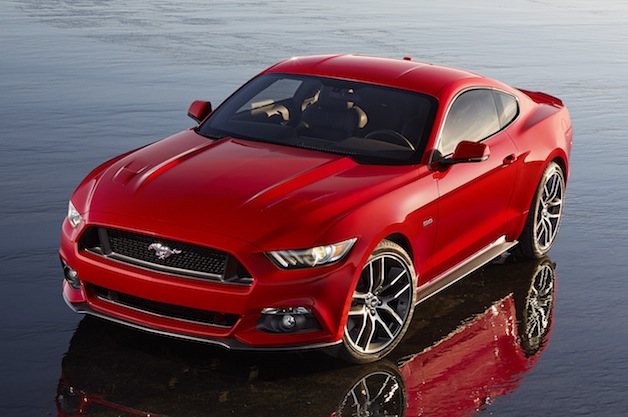 Let's start with with Ford Model T. It wasn't the first automobile – it wasn't even Ford's first automobile – but it stands as a landmark machine for a number of reasons. It was mass produced on a newfangled invention called the assembly line, it was priced so that regular people could afford one, and it was designed to be relatively easy and inexpensive to repair. Of course, only a few decades after the Model T was introduced, it became the basis for some of America's very first hot rods.

Cadillac was, for many years, hailed as The Standard Of The World and brands as varied as Packard and Imperial occupied space that wasn't all that far down the ladder. And how could we fail to mention Jeep, a brand of vehicles that was launched out of military necessity but became beloved for its contribution to fun-loving Americans with a penchant for looking off-the-beaten-path? It's probably known to more people around the world than any other automobile today.

Entire segments have arguably been created and popularized in the United States, from the so-called personal coupe to the sport utility vehicle and, as previously mentioned, hot rods and muscle cars. More recently, a completely new generation has embraced a whole new type of automobile, one that most definitely does not have a tried-and-true V8 engine underhood. In fact, it has no gasoline or diesel-burning engine whatsoever... 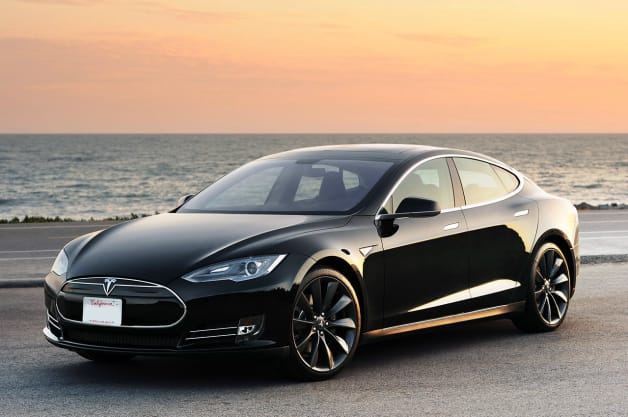 While many automotive enthusiasts bemoan the current state of affairs in NASCAR, few would argue that stock-car racing was once a relevant part of car culture. The phrase "Win on Sunday, sell on Monday" was coined for a reason, as Americans flocked to their local dealerships for the chance to put the same cars in their driveways and garages as were being flung around historic tracks ranging from Daytona to Indianapolis.

In addition to NASCAR, America is uniquely known for drag racing and land-speed records, where owners and drivers push their machinery to the breaking point in an attempt to eke out the tiniest bit more power, a hundredth of a second quicker, a fraction of a mile per hour more speed. What's more, Americans build these cars in their garages during the weekend and evenings off after work, taking them to their local drag strips and challenging their buddies to beat them.

None of this is to suggest that motorsports aren't big outside the United States – far from it, in fact, with Formula 1, World Rally and endurance racing standing out as amazingly intense forms of competition that are more popular outside America than in. That said, American automakers have proven that they are more than capable of competing in such endeavors when they decide to play, as evidenced in part by Ford's dominance of sports car racing in the 1960s with the Shelby Cobra, Daytona Coupe and GT40.

More recently, the Corvette Racing team has notched up an impressive series of successes in every endurance series it has taken part in, taking on the likes of BMW, Ferrari and Porsche along the way, among others. 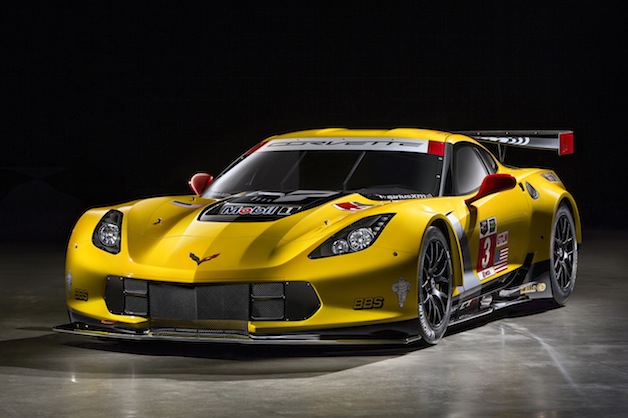 We hope you've enjoyed this little collection of reasons to love the culture of American cars, but we think now would be a good time to once again remind everyone that we at Autoblog love all kinds of cars. We'd never suggest that American cars are better and/or worse across the board than the automakers of another country, because it's simply not true.

In fact, an alternate and equally as valid argument can likely be made against each of the reasons we've listed in favor of American car culture. In fact, we'll do it ourselves:

V8 engines are thirsty, often unimaginative beasts that some automakers dismiss, not because they can't build them, but because there's simply no need. Today's crop of turbocharged four- and six-cylinder engines (some of which can be found in the lineups of Chrysler, Ford and General Motors themselves) are excellent and entirely competitive against American V8s, even if they don't sound as evocative.

Outlandish style is a double-edge sword. Sure, American automotive history may be rife with stylistic successes and iconic designs, but it's at least as equally filled with flops and duds, running the gamut from the AMC Pacer through the failed Edsel experiment and right down to today's chromed-out bling machines. There's certainly something to be said for subdued style, and that's not exactly something America is known for.

Attainability is great, but only if the product is worthy. Sure, you can go out and buy a brand-new Ford Mustang, and you're sure to enjoy its stellar performance, perhaps unmatched at its asking price. But will it be as refined as an (admittedly costlier) BMW M4? Perhaps not.

Historical Significance is great, but continued success is even better, and best of all are solid plans for the future. How could we forget the massive financial failures and bankruptcies we've seen in the last decade? We couldn't, and we haven't.

Racing Success? Um, have you ever heard of Ferrari? McLaren? Sure, American brands could enter F1, but what are the chances of seeing a bright-red coupe prancing around an oval track with the likes of the Ford Fusion, Chevy SS and Toyota Camry? Yeah... there's a reason for that.
In conclusion, let the wrangling wrangle on. There are good reasons to love the culture of American cars, and sure, there may be some reasons not to. Isn't that what makes the world so great? So, carry on, fellow automotive enthusiasts. Wave your flags, sing the praises of your favorite marques. Just remember, it's a big world we're all part of, and there's plenty of room for all of us to win a few, lose a few and hopefully at least break even along the way.